Kicking off the New Year with ‘Mentalhealth’ from 4th to 14th April 2019, following that, Sex&Gender, from 4th till the 14th of July 2019 and ending the year with Party! from 3rd till 13th October 2019, The Human Exhibit will be staged at AkuSembunyi, a private property in Petaling Jaya.

What is The Human Exhibit (THE)? – Think fine art gallery but with people instead. It is a theatrical journey that the audiences take as they experience different representations of the themes. These can be artistic representations in the form of dance, spoken word, dialogue, scene, movement, flow art, mime etc. It is an immersive theatrical site-specific experience.

‘THE’ is a collaborative community project that I’M has ventured on early last year, and it received raving reviews. The completely sold out show was done in support of RELATE MALAYSIA and managed to do a Tour Version of the show two months after.

An open recce of the venue was done last December for everyone to get a good idea of the space. Following which, the individuals or companies which sent in their proposals and budget in January 2019 are then called for a pitching session and when selected, these individuals/companies can start rehearsing.

A preview was also held for individuals and companies who were interested to pitch for ‘Mentalhealth’, ‘Sex&Gender’, & ‘Party!’

Ian Nathaniel and Dhinesha are the Co-Producers/Curators ‘The Human Exhibit’. Ian is 2017’s BOH Cameronian Arts Award winner for Best Innovation in Musical Theatre for a Mahsuri (And Other Peculiar Tales) that he co-created and co-composed with Shafeeq Shajahan from Liver and Lung Productions.

Some of the more popular events he has been involved in are Good Vibes Festival, MY Music Festival, Urbanscapes, NASOM Autism Walk, Tres Fest, TEDxKL, and more.

On the other hand, Dhinesha is a multi-disciplinary storyteller and coach. He is the first and current reigning Malaysian National Poetry Slam Champion. He is also the Causeway Exchange(CEX) 2017 Poetry Slam Champion and his work is featured in KL’s first spoken word anthology ‘When I Say Spoken, You Say Word’.

His debut play ‘Silk & Strings: The Truth of Bullying’ opened in November 2017 and also toured to Johor Bahru as part of the Iskarnival 2017. His debut co-production and co-curation venture was the completely sold out ‘The Human Exhibit: Mentalhealth’ in January 2018. The site-specific immersive theatre production was also restaged in Publika as part of Mapfest 2018.

So keep a lookout for the whole season of ‘The Human Exhibit’ 2019.

Muar – The Picturesque City of Johor 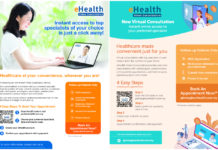 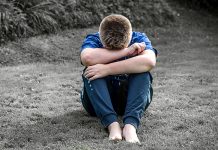 Emotional Communication: How We Do It? – Part 1 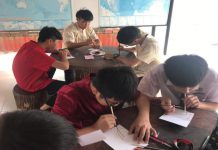 Why Giving Space in Your Relationship is Important? – Part 1