The 6th IMSHA awards held on the 17th of October 2019 ended well with a total of 20 award winners acknowledged in 11 categories. This year, the bar had been raised even higher as the United Nations Sustainable Development Goals (SDGs) were included as part of the scoring criteria.  Well done to all winners and thank you for making a difference in our society.

Frozen which opened in 2013, is the highest grossing animated film of all time and it won an Academy Award for best animated feature film of the year and the film’s iconic song, “Let It Go” also won an Oscar. Now back after 6 years in Frozen 2, Elsa and team embarks on a new journey to save her kingdom. Another comeback is Charlie’s Angels with a brand new set of gals, and Disney brings us a true story in Ford v Ferrari.

If you’re wondering where to dine or go on a special date, head to Tosca at DoubleTree by Hilton Johor Bahru. Tosca has released an all-new menu filled with classic Italian favourites at a promotional price.

Harish continues his tales of his staycation at Le Grandeur Palm Resort in Senai and it seems like he had great time there with a nice foot massage, swimming and good food. Book a stay there soon to enjoy whatever he did.

As always, for those wishing to share their fashion collection, travel tales, or like us to review your restaurant/hotel for a staycation, drop me an e-mail at waves.lifestyle@gmail.com and be featured. For more news, do access www.theiskandarian.com 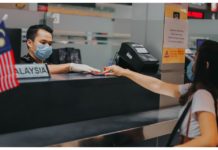 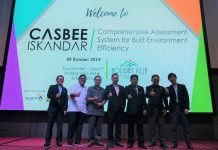 Green Badge for the Buildings in Iskandar Malaysia 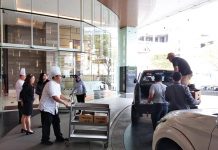