The hotel industry of Malaysia is shocked with the announcement by Airbnb, claiming to have served over 3.25 million guests in the past 12 months and allegedly generated RM3 billion in direct economic impact last year. Airbnb Southeast Asia, Hong Kong and Taiwan General Manager Mike Orgill also revealed that there are currently 53,000 Airbnb listings in Malaysia, up from its previous number of 44,000 late last year.

In comparison, the Ministry of Tourism, Arts & Culture of Malaysia (MOTAC) has a registration database of approximately 250,000 hotel rooms only in the entire country. The number revealed by Airbnb is a staggering and worrying to 21% of legitimate hotels.

Calculation basis of such economic impact claims were not revealed. But instead Orgill questioned the registration process mooted by the MOTAC and did not offer to assist or hand over details of hosts listed on its platform which is obviously readily available. And neither did Airbnb offer to register itself as a business entity in Malaysia despite boasting Malaysia as the fastest growing country for Airbnb in the region for second year in a row.

Malaysian Association of Hotels (MAH) remains adamant in its pursue for industry harmony, urges Airbnb or similar platforms to be cooperative with industry efforts to regulate home-sharing. Multiple engagements and meetings were held with the Malaysian Productivity Corporation (MPC) and various Ministries to ensure tourism growth for the country.

In response to the statement from Orgill pertaining to the Tourism Tax (TTx) that was reported in the media, Yap Lip Seng, Chief Executive Officer for MAH expressed concerns over the admission that some of the property owners (on Airbnb) collected the tax themselves before submitting it to the authorities. “Such mechanism does not exist for homes, the process of being registered to collect TTx through the Royal Malaysian Customs Department does not allow individuals to collect the said tax freely. It is obvious that Orgill and Airbnb is ignorant of Malaysian laws, with them operating entirely out of any laws of Malaysia”, he said.

MAH also added that the hotel industry currently complies with multiple laws that are in place to ensure the industry, tourists and the country are protected for industry sustainability and growth. One example would be the Registration of Guests Act 1965 (Act 381) that requires all guests to be registered and such information to be made available to authorities when requested, for obvious safety & security reasons. Such law was also passed unanimously by New York City Council in July 2018, but instead of complying, Airbnb chose a hostile approach and sued the council against the said law. “Lawmakers have to be very careful with Airbnb, on one side they appear to be willing to comply, on the other they try every way not to”, Yap added.

While tax matters are constantly discussed and deliberated openly among industries, this is a rare occasion when an entity that does not have any legal foothold (and paid no taxes) in Malaysia to be demanding fair treatment on taxes, and at the same time “level playing field for all industry players”. Yap was amused but concurred, “It has always been our objective, for a level playing field for everyone, where every stakeholder contributes to the industry, subjected to same terms, laws & taxes. Perhaps Airbnb can start by reimbursing the government of Malaysia taxes over billions of Ringgits they claimed to have generated in business over the past few years”. 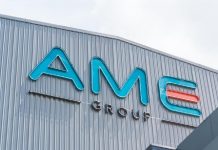 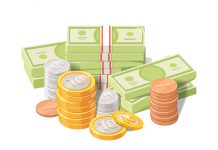 Share Your Business Ideas To Win Away Cash Awards Up To... 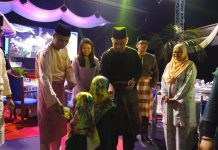 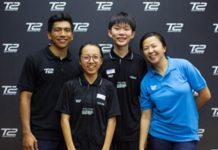