Despite the challenging market conditions coupled with uncertainties in the local market, there are still economic demands in Pekan Nenas, Johor

Pekan Sentral is strategically located beside the Skudai-Pontian Highway and highly accessible via the North-South Expressway and Coastal Highway which makes Pekan Sentral possible with connections through numerous highways.

“Despite the challenging market conditions coupled with uncertainties in the local market, the soft launch of Pekan Sentral Phase 2 remained with positive response and support, and we believe that there is still a strong demand within the Pekan Nenas’s area for commercial properties and business activities,” he added.

In his speech, Yeo said, “I believe with the Pekan Sentral Phase 2 soft launching; it added another milestone to the PGB’s impressive list of achievement and it is also a significant effect that Pekan Nenas today is in its social and economic transformational process to develop into a large commercial and industrial township. Pekan Sentral will definitely be a compelling area in the near future.” 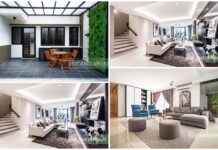 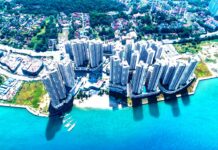 5 Reasons Why Desaru Coast Adventure Waterpark Should Be On Your...