Application for an extension of time for the delivery of vacant possession due to MCO:

It is the Minister who is empowered to give directions and to take such other measures for purposes of safeguarding the interests of the purchasers and for carrying into effect the provisions of the Act. Likewise under section 12 of the Act which provides for the powers of the Minister to give general directions as he considers fit, to the licensed housing developer for purposes of ensuring compliance with the Act and such directions, which shall be given in writing, are binding on the developer. The Federal Court also ruled that by virtue of section 24(2)(e) of the Act, the Minister is empowered, or given the discretion, by Parliament to “regulate and prohibit” the terms of the contract of sale. Therefore, the developers may seek written directions from the Minister under Section 12 of the Act for extension of time to deliver vacant possession.

On the other hand, the developers have option to enter an agreement with the purchasers on a new completion date to deliver the vacant possession. This was held in the case of Oxbridge Height Sdn Bhd v Abdul Razak Mohd Yusof [2015] 2 CLJ 252. In this case, the developer was not able to complete the development within the time frame under the SPA and the parties entered into a settlement agreement dated 10th October 2011. Vide the settlement agreement, it was agreed that the new date of completion was 14th August 2011 or 12 months from the signing of the agreement and the purchaser waived the liquidated and ascertained damages (LAD) for late delivery which the appellant was liable to pay under clause 23 of the SPA until the new date of completion. Further, the purchaser shall not take any legal action to recover the LAD.  The Appeal Court upheld that the signing of the settlement agreement would fall within the terms of Section 64 of the Contracts Act 1950 which deals with the dispensation of a promise made to a promisee. Further, it was done with a view to save a failing housing project from being an abandoned project and it would be in the public interest and in the interest of house buyers if the law allowed a regulated settlement and waiver of the LAD on terms as specified in the settlement agreement.

Therefore, developers are encouraged to take similar step as in Oxbridge Height and attempt to reach a settlement with their purchasers on a new completion date to deliver the vacant possession in the event they are affected by the MCO.

In the absence of a ‘Force Majeure’ clause in Schedule G and H of the Act, MCO poses challenges and risks to all development industry in meeting their various commitments within stipulated period. Therefore, the Real Estate and Housing Developers’ Association Malaysia (REHDA) encourages the government to enact an all-encompassing Force Majeure exemption bill or a COVID-19 (Temporary Measures) Bill to provide a ‘legal shield’ to players of all industries, including the property sector on 8th April 2020. Further, on 14th April 2020, the Master Builders Association Malaysia (MBAM) and REHDA released their joint media statement on their hope that the Government will continue to support the housing and construction industry with the Government’s stimulus package post MCO, regular consultation sessions and continuous dialogues as this will help to reassure housing developers and construction firms about the Government’s recovery plan for the industry when the crisis is over. Again on 6th May 2020, MBAM strongly echoes REHDA Malaysia’s call made on 8th April 2020 for a Force Majeure Bill or a Legislative Intervention, similar to those that have already been enacted in other countries including Australia, Ireland, Scotland, Hungary, United Kingdom (UK Coronavirus Act 2020) and Singapore (COVID-19 (Temporary Measures) Act 2020). This Bill will provide legislative protection to all contracting parties from unnecessary litigations and furnish temporary relief for businesses and individuals who are unable to meet their contractual obligations during this period.

In nutshell, we hope this knowledge sharing will attempt some guidance on late delivery of vacant possession on the effects of the COVID-19 MCO to construction industry. Even though, we have listed down the suggestions to the developers, but it depends on government to give due consideration to the bill as the construction industry truly need some ‘breathing space’ for an expeditious recovery, otherwise it is still open for parties to argue. 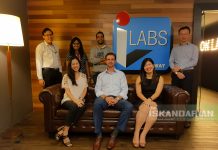 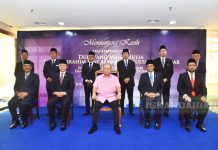 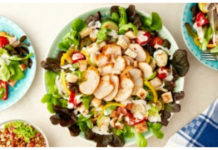