Datuk Hj. Baderul said that the state utilities exco as well as various departments such as the Department of Irrigation and Drainage  will monitor water levels, and town councils – on ground support, also supported this preparation.

He also mentioned that TNB Johor has 42 mobile generator sets (above 300kVA) and 55 portable generator sets (5kWh) on standby to power up and compensate any power outages around the key areas that may be affected by the monsoon season flood.

Targeted areas that will be monitored include five districts in Johor, namely, Segamat, Kota Tinggi, Muar, parts of Batu Pahat and Johor Bahru.

The TNB hotline (15454) as well as personnel will be on 24-hour standby and ready to respond to reports.

“The public can call us anytime and we will respond within 30 minutes of the report, depending on the weather and traffic,” Datuk added.

TNB would also like to remind the public to take precautions not only during the monsoon season, but also at all times. Some of the simple yet effective actions that can be made to prevent any electrical mishaps include checking and maintaining household appliances regularly, put or store appliances at higher levels, making sure all appliances are unplugged whenever you have to leave home, and be alert on first action or aid whenever an accident happens.

The utility body has also performed various preventive and corrective maintenance works across the state such as the fixing of 32 damaged or faulty power substations and electrical poles.

TNB would also like to remind the public that they could get updates, billing information and pay bills via the myTNB app that was launched last year. The app can be downloaded via Google Play or the App Store. 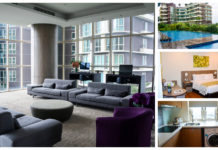 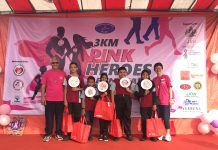 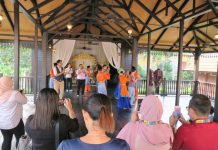 Break Some Sweat with Rotary’s Jom Senam Johor for a Good...