300 volunteers collected 1.8 tonnes of trash within an hour

Themed Attraction Resorts & Hotels Sdn Bhd (TAR&H) collaborated with SEA LIFE at LEGOLAND Malaysia Resort in hosting the Desaru Coast Beach Cleanup day. The event, organised by TAR&H in conjunction with the recent International Coast Cleanup Day, collected more than 1.8 tonnes of trash along 1.5km stretch of the southern-most beach at Desaru Coast within an hour.

The thrash collected included plastic bottles, Styrofoam, ropes, plastic bags, straws, plastic cups and plates, bottle caps, glass bottles, cigarette butts and footwear. It was then categorised into recyclable, non-recyclable and pollution like tar balls.
The third edition of Desaru Coast Beach Cleanup event was attended by Dato’ Sharifah Azizah Binti Syed Zain, the State Assembly Representative for Penawar, who joined the 300 volunteers comprising the local communities and authorities of Pengerang and Lembaga Kemajuan Johor Tenggara (KEJORA), staff and representatives from TAR&H and its group of companies, as well as LEGOLAND Malaysia Resort in an effort to raise awareness on the conservation of coastal environment.

Amir Hamzah Azizan, Group Chief Executive Officer of TAR&H said, “The public beach cleanup initiatives at our destinations are held not only to keep our beaches clean, but to educate and drive awareness on the impact of trash and marine debris on the environment.”

Recent studies by University of Georgie by Jambeck et al (2015) estimated that plastic waste found in the ocean is between 4.8 to 12.7 million tonnes which could affect the marine animals and eventually humans in terms of economic, food safety, transportation and recreation purposes.

The team at LEGOLAND Malaysia included representatives from SEA LIFE Junior Rangers programme, an initiative that aims to bring together children from Malaysia and Singapore who will become the voice of the marine sanctuary. Through this Cleanup activity, the Junior Rangers were able to experience the importance of coastal conservation.

“LEGOLAND Malaysia and SEA LIFE Malaysia partnered with TAR&H as we wanted to contribute and do our part in conservation for the marine ecosystem. 18 Junior Rangers aged between 7 to 12 years together with their parents participated which validates the youth’s passion towards conservation for the ocean and its marine life”, shares Kurt Stocks, General Manager at LEGOLAND Malaysia Resort.
Held in conjunction with the Ocean Conservancy’s International Coastal Cleanup, Desaru Coast Beach Cleanup participants join hundreds of thousands of other volunteers each year in the world’s largest volunteer effort for the ocean. In addition to removing trash, volunteers record information about what they collect. The data collected at the beach clean-up is fed into Ocean Conservancy’s yearly International Coastal Cleanup report.

The last Desaru Coast Beach Cleanup in 2016 was held at the same location where more than 250 volunteers collected 1.7 tonnes of trash, from the same 1.5km stretch of the beach. Desaru Coast Beach Cleanup is a volunteer programme initiated by TAR&H as part of the Company’s corporate responsibility initiatives, under the environment pillars which includes coastal conservation. 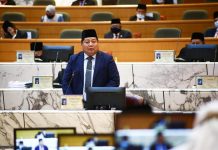 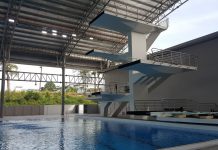 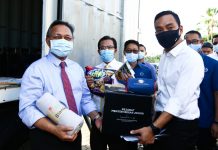 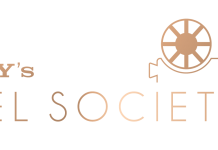