Following up from our coverage on the Child Interview Centre (CIC), an audio-recording machine worth RM56,000 has recently replaced the older machine that no longer works for the past 2 years in the Johor Bahru Police Contingent Headquarters (IPKJB)’ CIC.

Handed over by the Johor Women’s League or JEWEL, the NGO had held a fund-raising event focusing on the effort to purchase the audio-recording machine in Shangri-La, Kuala Lumpur in 2018 with the presence of Her Royal Highness Raja Zarith Sofiah, Permaisuri Johor and with the aid of Johor’s Princess, Tunku Tun Aminah putting her Birkin Hermes’ handbag into auction which managed to sum up to RM35,000.

CIC has been in operation since September 2005 being one of the 3 earliest contingent headquarters to have an audio recording in Malaysia. “The audio is for the authority to record statements from eyewitnesses aged 16 and under and it is a part of compulsion made by law (for the contingent headquarters to be equipped with this machine),” said Deputy Johor Police Chief, Datuk Shafie Ismail. He also mentioned that during the 2 years without the machine, the CIC personnel had to go to the nearest contingent that has a machine. This unfortunately took much longer time to process their case.

Datuk Shafie has relayed his gratitude to supportive partners like JEWEL and individuals like Akmal Nasir, Member of Parliament of Johor Bahru for funding the renovation of an interview room and a recording room where the machine would be placed at a cost of RM10,000, Syed Azmi Al-Habsyi, a child activist was also present as the sponsor for food vouchers given to children who made their trips to CIC JB for the whole 2019 and till October 2020. Also, Kechara Soup Kitchen’s Merlin Hoo has organised 2 trips of food supply every week to feed the children in CIC and other individuals who have supported CIC through volunteer-basis.

Can We Love Through Confrontation? – Part 1 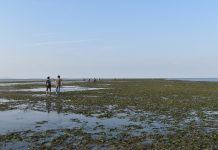 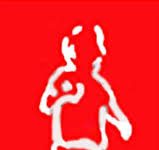