Recipients awarded and recognised for their significant contribution to the community

Everybody knows a person they would consider a hero. He or she does not walk through walls, fly, or change clothes in a phone booth but in our eyes, he is a hero nonetheless. A hero is somebody who has made a shift in your life for the better. Selfless, caring, and courageous are amongst the common qualities our hero would have to benefit mankind. Heroes don’t demand recognition, but for the fifth year running, the Iskandar Malaysia Social Hero Awards (IMSHA 2018) gave our heroes what they deserve.

A total of 262 nominations were received for organisations and individuals. The nominations went through rigorous selection process analysed and rated against a ‘social impact rating’ system by Frost and Sullivan, an independent technical committee. A Leadership Council made up of prominent citizens vetted the results assessing for merits, scalability, sustainability and impact, awarding 20 recipients from individuals and organisations for adding value to the community.

Amongst the winners was Le Grandeur Palm Resort, the first hotel to win an IMSHA award, awarded under the Animal & Wildlife Category. Robin Ng, the Director, shared about a female Barred Eagle Owl that chose to nest on their suite balcony. His staff and management took the initiative to protect the owl, reminding guests not to disturb her, and have welcomed six owlets since. Ng said it was not because they knew anything about owls, but it was his staff’s innate compassion that drove them to care for the owls.

Rosli Abdul Wahab, winner from Individual Disaster Relief, in his choked-up thank you speech said that it was the first time he had been given an award for his volunteerism, something he had been involved in since he was 11 years old.

Madam Thanam Visvanathan-Suresh, IMSHA Leadership Council Chairperson, said “Great achievement is born out of great sacrifice, rarely driven by selfishness and self-righteousness. NGOs and CSOs are people who are on the ground. People who “turun padang”. Others do it too, but all too often NGOs and CSOs are the first to raise red flag issues and uncomfortable issues be it human rights, good governance, depression, and soil erosion.”

IMSHA 2018, is community-led event driven by The Iskandarian and Iskandar Regional Development Authority aiming to spot, recognise, and support the work done by the community’s unsung heroes. The 6th Iskandar Malaysia Social Hero Awards 2019 nominations are open and members of the public may submit nominations through The Iskandarian’s website, www.theiskandarian.com 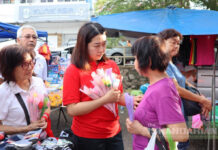 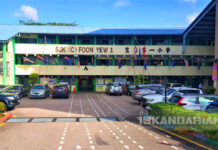 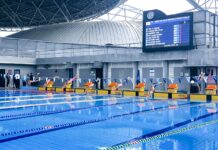 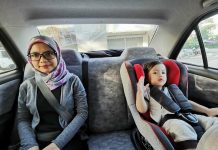 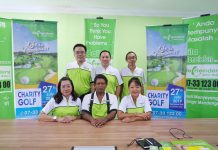