At the present time, the only state-run museum in Johor Bahru which I have found to be open to the public is the Figure Museum (Muzium Tokoh Johor). The museum is about the figure head of the state, so the upper floor contains information about Johor’s Sultan Ibrahim and his family. It also contains an extensive exhibition about Jamil Sulong who was a famous Johorean film producer, but how the term “figure” applies here I do not know since there was no English translation in either of these exhibitions.

Nevertheless, this museum is well worth a visit (closed Fridays) for the building itself, and the exhibition on the ground floor has an English translation. The building was completed in 1896 on 100 acres of land on Senyum Hill, overlooking the Tebrau Straits and Singapore. It was the official residence of Dato’ Ja’afar bin Haji Muhammad, the first Chief Minister of Johor serving from 1886 – 1919. He had accompanied Sultan Abu Bakar on several trips to Europe, and had his house modeled after Hardwick Hall in England. Apparently, Sultan Abu Bakar had acknowledged Dato’ Ja’afar’s request for permission to build such a big house with a smile. The word “Senyum” means “smile”, hence this building was known as Senyum Castle built on Senyum Hill (Bukit Senyum).

Three of Dato’ Ja’afar bin Haji Muhammad’s sons also served as Chief Minister (Menteri Besar) after him, including Dato’ Onn bin Ja’afar who was the founder of UMNO (United Malays National Organisation). So, this building holds the stories of one of the most important Malay families in Johor Bahru in the late 19th century. On the ground floor is a large book describing the lifestyle on Bukit Senyum. Only a few pages are available to read, but they are enough to allow you to imagine how things were for the Malay elite of Johor.

Dato’ Ja’afar bin Haji Muhammad had five wives and many children, all of whom were expected to play a musical instrument in a Ghazal orchestra to provide the evening’s entertainment. It is easy to imagine that sitting on the balcony on a balmy evening, listening to the orchestra and eating fruits from your own orchard, would have brought a smile to anyone’s face. 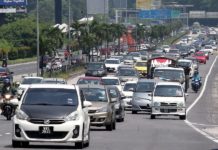 Celebrate This Raya with Safety First in Mind 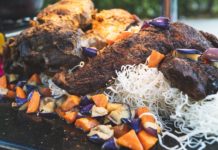 Bringing some street food fiesta with a BBQ party to Johor... 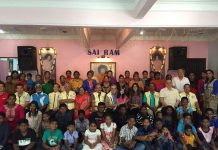 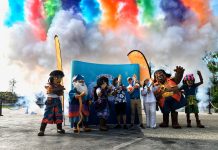