Minister of Youth and Sports, Syed Saddiq, wants to work with IRDA and Johor state government on creating more leaders across the country, citing the Johor Student Leader Council (JSLC) as an example.

The Johor Student Leader Council, established in 2009, grooms student leaders in school boards, district level, and state level to be best of the best leaders. The Ministry of Youth and Sports (KBS) was particularly interested in adopting student leadership board in all schools across the country, to create the best young leader not only in the country but also in the world. Officers from the ministry will meet up with the student leaders from JSLC to discuss how to bring the leadership programme nationwide.

“We have a dream in which grassroots leadership or the training of youth leaders start not just in universities but in schools, especially in secondary schools and primary schools. This is something I need to work closely with the Ministry of Education. I’d like to propose for the JSLC to be carried out in all states. Not only in Johor, but to finally have a Malaysian leadership council made up of secondary school students and from there onward go to primary schools as well,” said Syed Saddiq.

Syed also visited the International Youth Hub HAB at Hutan Bandar, showing interest in building more youth hubs in all states. HAB is a platform for youths to gather and exchange ideas following the interests and demands of the current youth. Citing cost as a concern, Syed Saddiq wanted to see how IRDA was able to build one of the best youth hubs ever.

Syed Saddiq’s visit ended with a trip to The Academy of eSports in Medini. He sees eSports as a growing industry with multibillion dollar profit, with Malaysia strategically located to capture the ASEAN market.
When asked about the concerns parents might have about their children playing games for a living, he encouraged parents to be more forward thinking, as eSports has developed to be a sustainable industry on its own. “I don’t want to just create gamers,” said Syed and added, “The aim is to capture the market. The revenue alone through marketing reaches out to billions.” He also talked about how Virtual Reality requires critical thinking, problem-solving, and “sweating”, addressing concerns about laziness that might develop from pursuing a career in eSports.

“This is an industry that can create a lot of high income jobs, generate lots of revenue for Malaysia. The potential of growth is big, so be forward thinking and look at how much eSports can develop.” 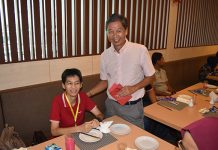 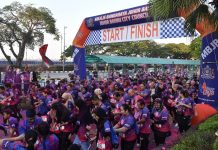 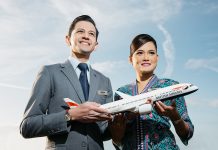