Plogging was initiated in Sweden in 2016 with increasing awareness in plastic pollution, and now its belief for a cleaner city has spread to our region! Participants were given trash bags to keep the trash they find and at the end of the event, the bags were weighed and fun tokens of appreciation were given for the heaviest bag!

TNNHT General Manager, Rusli Zainal Abidin, said he hopes that a culture of cleanliness is created, citing the “impeccable” culture of Japan, a habit they formed from a young age that proceeded to be a lifestyle. He said that they do not wish to punish litter offenders, but wants them to know of such cleaning up campaigns going on so they would become more aware of their actions. Rusli also said they hope the Plogging activity will run bi-annually.

At 343 acres, SIREH Park was opened in November 2017 and is divided into four phases. Phase 1 is completed with infrastructure for family recreational activities, Phase 2 a planned camping zone and is currently suitable for running and cycling. Phase 3 and 4 are for ‘passive’ activities, an arboretum; target of 1000 species of trees, reforestation, and science and research expeditions.

According to Lily, the Park manager, the park was a private-owned plantation of coconuts, rubber, and cocoa. It is now operated and managed by The Nusajaya Natural Heritage Trust. A go-to-for-all park, it’s an ideal venue for outdoor activities. 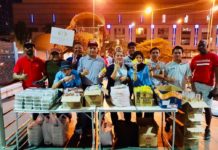 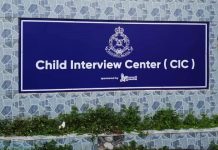 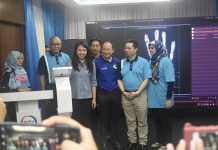 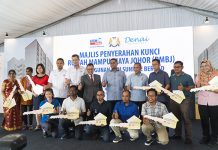 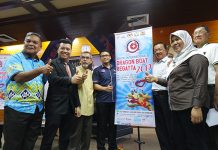 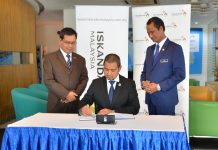