Late last year, Mohammad Rizan bin Hassan visited SMK Dato’ Jaafar as the guest of honour to present awards for the Extra-Curricular Award Ceremony 2018. Mohammad Rizan, an ex-Jaafarian, was an ex-convict who was involved in gangs and thefts which ended when he was caught and sent to the Henry Gurney School for 2 years.

He then decided to turn over a new leaf by taking up odd jobs by the Segget River in Johor Bahru. He pushed stalls and was homeless until he got a job at the Matsushita Electric Industrial Co. Ltd where he worked 12 hours per day for 365 days without any rest. His hard work was paid off when his boss offered him a second chance by sending him abroad to Japan for 3 years for further training. After returning from Japan, he wanted to help teenagers that are down the same path as he was by giving them counselling and motivation. He had received many awards such as the ASEAN Youth Leader Award 2011 and the National Youth Flagship Award 2011.

In an interview session with the students, he told the students that he was grateful to his family, friends, teachers and his boss at Matsushita. When a student asked him whether he was judged about his past, he gave an analogy of a blank paper stained with black ink, and asked the students what they saw first. The students replied the black ink and he told them that no matter what he does he will always be judged for his past actions but that did not bother him and stop him from doing what he does. He also told the students to make good friends and make wise decisions.

In the end, he left the students feeling motivated and encouraged them to never take things for granted and to live life with no regrets. In Steve Jobbs words, “Your time is limited, so don’t waste it living someone else’s life. Don’t be trapped by dogma – which is living with the results of other people’s thinking. Don’t let the noise of others’ opinions drown out your own inner voice. And most important, have the courage to follow your heart and intuition”.

Visit the 10th Private & International School Fair in Johor this... 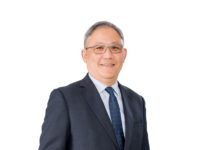 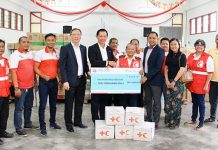 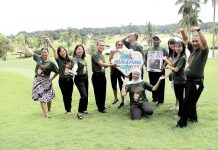