The Sarawak Report: The Inside Story of the 1MDB Exposé last book tour in Johor

Notable investigative journalist Clare Rewcastle-Brown ended her last leg of book launch tour in Johor Bahru to a full house crowd of 250. Her books sold out in matter of minutes. Previously banned from entering Sarawak and then Malaysia, she shared gist of what to expect in her tell-all book uncovering illegal deforestation that eventually pieced evidences revealing the 1MDB scandal.

The 528-pages book, The Sarawak Report: The Inside Story of the 1MDB Exposé, “wrote by itself,” said Rewcastle-Brown. During the investigation, intimidation tactics were used against her, from pictures of her whereabouts sent to her to receiving threatening messages about “disappearing” over The Andaman Sea. Rewcastle-Brown, however, claimed she took the threats with a pinch of salt but also mentioned how her father advised her to be careful when in the region.

Clare Rewcastle-Brown was born in Sarawak and moved back to the UK when she was 8, and returned to Sarawak in 2006. Sweet childhood memories of living in beautiful Sarawak motivated her to first uncover the truth behind the illegal deforestation that “lost” Malaysia as the third largest rainforest on the planet and the oldest rainforest in a couple of decades. A move she described as ignorant, ridiculous and uneconomic as the treasure of knowledge in the biodiversity of the rainforest would have attracted tourism and contained massive pharmaceutical and scientific potential and wealth; but all lost to greed who only saw the rainforest as “logs”. Lands were ripped off indigenous people with no compensation for them. As global warming is caused by deforestation, she also saw this as a global issue that needed to be addressed.

Rewcastle-Brown did not expect to discover more facts, one after another, bringing to light the kleptocracy that had been earthed. She tracked monies deposited into paper companies by individuals who had gained respectable statuses in society: a system for criminals and the wealthy to “hide their wealth”, and create confusion as to how much money they really had.

The Deputy Director of Federal Bureau of Investigation (FBI) USA, aptly said, “We recognise that corrupt money endangers our democracy too. It means that dirty people who made dirty money bring their dirty money into our country and they bring their dirty practices with them. They are enabled by their wealth to become influential and powerful.” All these are in her detailed first-hand account of her book. 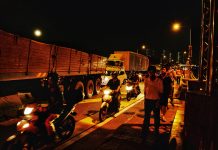 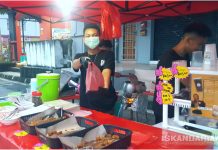 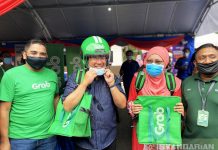 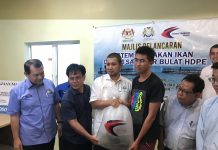 RM2 million for Fishermen in Kukup 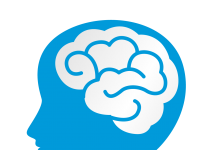