From a Local Intangible Culture to Global Attraction

Johoreans might be familiar with the Chingay Parade that takes place annually which marks the end of the Chinese New Year celebration.

However, many are still unaware of the 24 Festive Drum International Festival that was conceptualised by Tan Chai Puan and Tan Hooi Song here in Johor Bahru.

About 5000 guests filled up the seats for this 2-day festival, where on the first day, 20 local groups competed against each other while the international drummers heat up the stage the following day.

“For me, tourism is not only about promoting the attractive places but the culture behind it which is equally important. Looking at the trend nowadays, tourists are not just visiting attractive mega theme parks, they also look for local cultures, local food, and the history” said Liow Cai Tung, Johor Executive Chairman of Woman Development and Tourism.

“I really encourage and appreciate festivals that are organised in Johor and the next one to look forward to is the Johor Arts Festival in September,” said Liow.

24 Festive Drum started in 1988 when Chai Puan and Hooi Song conceptualised a thrilling opening ceremony for the Ninth National Dance Festival in Johor Bahru. Their performance which included 24 imported drums from China was inspired by 24 seasons in solar calendar which served as guidance for ancient Chinese farmers.

This art is also practiced by 23 universities across Malaysia, Taiwan, Singapore, United Kingdom, and the United States and in more than 100 high schools and 80 primary schools. 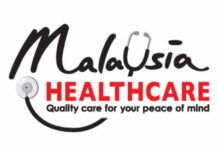 Joint Effort to Empower Women, Family and the Community 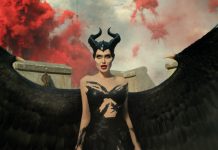