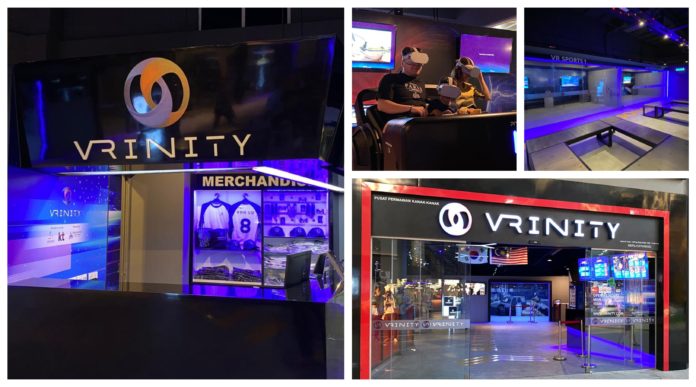 Right at the entrance, the distinct décor; a futuristic space theme greets guests along with enthusiastic and jovial staff. Ambiance is key here, and it was designed as if it is the transit place that transports one into another universe.

With 9 attractions and over 40 games, VRinity allows you to step into the realm of gaming as you see your friends in another face and suit wielding guns or tennis rackets! The South Korean technology is a joint venture between a telecom company, KT from Korea, and Iskandar Investment Berhad, being the company’s first virtual reality theme park in Malaysia.

VRinity sets itself apart from other virtual gaming with its 4D (four dimensional) technology. In their signature games; Special Force VR: ACE and Black Badge Signal, players don vests that vibrate each time the in-game opponent and aliens hit. Players could feel where the wind blows or when the lifts move, increasing the intensity of the experience beyond the virtual reality their goggles offer. Onlookers might find it silly that the players could scream in fear while playing, but for the players, they were really fighting for their lives deep in the mines or in the warzone!

Wear comfortable footwear and casual clothes, and keep your tudung and hairstyle simple. Despite staying in one spot, the energy thrusting out is as though one had spent time doing sports outdoors. We were exhausted after six games, but knew that if time permitted, we wanted more!

Prices start from RM30 – 75 per game, per person, but we recommend getting the All You Can Play package at RM83 for Malaysians and RM98 for non-Malaysians that allows you to play all the games for a maximum of four hours. Opening hours are from 10am – 10pm.

Try if you can save the doctor at first try – you’ll know what I mean when you get there. 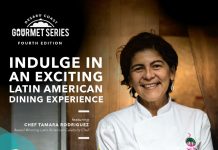 Dine Under the Stars at Desaru Coast 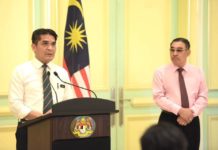 Getting to Know the Noble Volute