Hundreds of anglers gathered in the wee hours of the morning in the name of charity and at a chance of bringing home the grand prize of RM5000. The fishing competition was organised by Majlis Bandaraya Johor Bahru and Johor Cerebral Palsy Association (CP).

The event was held at Hutan Bandar MBJB with eager anglers arriving before 7am to secure the most valuable fishing spots to increase their chances of landing a big one. However, participants were not allowed to bring the catches home as this event is for charity.

The cost of entry was set at RM50 with the number of registrants exceeding 500 people. The prizes were also set at RM1000 for the first runner up and RM500 for the second runner up. Smaller prizes of RM100 and RM50 were given to the top 20 along with participation gifts that included kitchen appliances and the remaining funds would be donated to the CP.

Food and drink stalls were also set up to quench the thirst and hunger of participants who did not bring their own food. Fishing bait was also provided by the organisers although many anglers preferred to use their own bait ranging from white bread to earthworms and chicken gizzards.

Participants were required to bring their catches over to one of the two weighing stations set up by officials to determine the size of their catch. Four hours later, it was determined that the winning catch was a massive catfish weighing 8.938kg with the runner up’s catch weighing 6.16kg and 4.794kg respectively.

The yearly operational cost of Cerebral Palsy Johor is RM1.8 million yearly and the government through the Welfare Department contributes less than 20% of that figure. To meet the financial constraints used by the association, funds have to be raised through fundraising projects and donations. For those who want to extend a helping hand, please seek out the Johor Cerebral Palsy Association to donate. 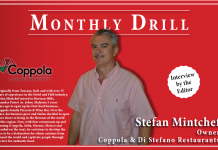 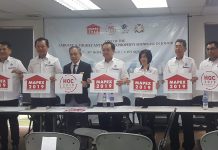 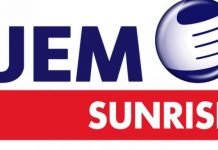