What is the use of an excellent engineering idea if you fail to communicate it effectively to your client?” This is the question young engineers, university undergraduates and lecturers must consider if they wanted to become successful engineers.

To help budding engineers develop verbal and visual communication skills to explain technical engineering ideas to a non-engineering audience, the Young Members Section in the Malaysia Branch of the Institution of Mechanical Engineers, organises an annual competition to train and challenge them in these skills.

The competition dubbed, ‘Speak Out for Engineering’ or SOfE, has been held in Malaysia annually in a national level competition for the past ten years.

Established in 1964 to challenge young engineers to prove they could communicate effectively, this competition has been adapted over the years to allow for greater participation but the original aim of ‘communicating effectively’ remains the main emphasis.

In 2004, the competition changed its name to ‘Speak Out for Engineering’ Presentation Competition that aims to promote the skills to communicate mechanical engineering subjects by describing and explaining these topics through verbal and visual communication.

This competition was also designed to promote interest in the art of communication.
While this competition is open to Affiliates, Associates and Young Members of the Institution of Mechanical Engineers (IMechE) who have been professionally registered for ten years or less, the competitors are usually university students and lecturers.

The champion stands to win £300 and a 4-week Personal Public Speaking Mentorship worth RM1,000 by Breezi Speaking, a public speaking training company, while the runner-up will win £200 and a 50% discount voucher for a similar 4-week training with Breezi Speaking.

All the competitors will also receive a 50% discount voucher for the 4-week Personal Public Speaking Mentorship by Breezi Speaking.

I read this information with interest from an email received from the Student Chapter of the Institution of Mechanical Engineers at University of Southampton Malaysia.

This background information was received along with an invitation to join the panel of judges for this competition.

I was pleasantly surprised but they felt strongly that the experience of a non-engineering person like me would complement the judging panel which is made up of engineers who are in the industry and in education.

This will also be the first time for the University of Southampton Malaysia to host the national level competition for SOfE and the first such event to be held in the region of Iskandar Malaysia.
The email continued with more details of the competition and the judging criteria.

It also explained that the presentations will have mechanical engineering content in its broadest sense – like its purpose, research, design, feasibility and practicality, which should be made clear and comprehensible to a person with a non-engineering, English-speaking background, like me.
I read the entire email again and gave it some serious thought before I replied and accepted their invitation to join their panel of judges.

Early that Saturday morning, I reached the EduCity Multi-Varsity Complex with a smooth drive from the city to Iskandar Puteri and found my way to the University of Southampton Malaysia, lecture theatre.

The campus was relatively quiet due to their summer holidays and I was later told an enthusiastic team of Year One undergraduates gave up part of their holidays to organise and host this event.

I was warmly welcomed by the university’s Director of Foundation Programme & Head of Quality Assurance, Assistant Professor Dr. Ng Jo-Han, who introduced me to my fellow judges.

Azalea Badrulshah, an IMechE associate member and Design Engineer with one of the most innovative engineering companies in the industry, Dyson, Rotarian Lee Soo Tong, the Past President of the Rotary Club of Johor Bahru and J. Kannan, Chief Executive Officer of Kolej Teknologi Suria, a vocational education college, both also engineers by profession.

I was honoured to be numbered among them and while I may not have similar credentials, my practical experience in effective public speaking with different audiences, does count for something.

But I have the most important role in this panel because unless the competitors managed to effectively communicate their technical ideas to me – the non-engineer – then they would not have achieved their goal.

After all, this was the main objective of SOfE and I was ready to being intellectually stimulated by these young talents who were brimming with well-researched technical ideas and bursting to impress us in the competition.
So with three engineers and Azalea and Kannan, who are both experienced Toastmasters, we made quite a formidable 4-member judging panel.

One after another, the competitors presented their ideas on topics like, AI: Why the Future Should Embrace It?, Print Me A House, Electronic Fluency Devices: Snuffing the Stutter, Enhancement on Tire Sidewall Cutting Machine, Artificial Intelligent Applications, The Internet of Things: What’s In It for You?, and The Future of Electric Vehicles.
During the judges’ deliberation, the scores tallied showed a unanimous decision with similar comments on their strengths and weaknesses. Before the prize presentation, Kannan, represented the panel to give the judges’ comments to help the competitors improve on their areas of weakness.

Nixshal Nantakumar, from University of Southampton Malaysia, made a special impression on the judges when he discussed the merits of Electronic Fluency Devices designed to help people who suffer from stuttering. It was especially meaningful because his topic was based on his personal experience.

Muhammad Syafiq Nor Azmi from University Malaya who presented, ‘The Internet of Things: What’s In It For You?’ emerged as champion while Bhoshaga Mitrran A/L Ravi Chandran from University Tenaga Nasional, who discussed, ‘AI: Why The Future Should Embrace It?’ was runner-up.

As for me, I think I did a good job as a credible judge. 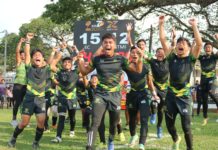 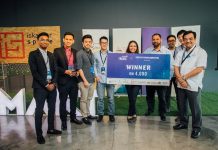 Ikea Tebrau Celebrates Its 2nd Anniversary with A Party From 13...