As the trailer for this season’s cinema attraction was being telecast repeatedly on television screens in Malaysian homes, a new generation of viewers were getting a glimpse of the reality that happened in our nation, then called Malaya, during the Japanese invasion in World War Two.

The award-wining historical novel Garden of Evening Mists published in 2012 by Malaysian author, Tan Twan Eng, is adapted into a movie and features an elegant Japanese garden set in Cameron Highlands along with realistic scenes of Japanese brutality towards prisoners during the World War Two.

When the Japanese launched the Pacific War in 1941, they wreaked havoc in the region and Malaya was not spared in this dark period of history.

While the British retreated into Singapore, Japanese troops marched south to Johor Bahru from Kota Baru in Kelantan, a virtually unstoppable force that took over the Malay Peninsular in just seven days.

The three and a half years of Japanese Occupation were the darkest days of agony and suffering for the people of Malaya, particularly the Chinese, who were subjected to inhumane forms of torture that ended with death.

Formed in 1930, the Communist Party of Malaya (CPM), primarily run by the Chinese with Malay and Indian members, aimed to establish a republic driven by communism.

To fight against the Japanese, the CPM formed a guerilla wing called the Malayan People’s Anti-Japanese Army (MPAJA), while the Kuomintang had their Overseas Chinese Resistance Forces and the British deployed Force 136, a special wartime intelligence organisation led by Colonel Lim Bo Seng.

When my dad told me about the heroic adventures of Force 136, I was fascinated by the passion and commitment of secret agents trained in sabotage, raids, reconnaissance, espionage and irregular warfare.

From a book on Force 136, I learnt that many Chinese suffered at the hands of the Japanese who were seeking intelligence information on the resistance movement.

As the Japanese tried to identify resistance fighters, all manner of atrocities was inflicted upon the Chinese.

People from all walks of life were targeted – men, women and children – most were innocent victims, tied up and dumped in the sea, beheaded, buried alive, poisoned or shot dead.

Just as countless families lost their loved ones in the war, our grandfather’s second brother, his wife, daughter, son and others fell victim to the Japanese too while they were being transferred on a truck.

Women and children were separated from the men and they watched in horror as the soldiers threw babies in the air and let them fall, impaled upon their upraised bayonets!

Their teenaged daughter was repeatedly speared by the soldiers’ bayonets and left for dead when she fainted. Bodies fell upon bodies as the victims bled to death.

Her wounds, however, were not fatal and she lived to share this experience when she was later rescued and reunited with the family.

Other young women, however, were not as fortunate because many were abducted from their homes in Korea, China, the Philippines and Southeast Asian nations and forced into sexual slavery by the Japanese.

These included underaged girls who were moved to “comfort stations” set up by the Japanese where they were incarcerated as sex slaves to provide a “service” to the Japanese soldiers.

The Japanese claimed that this military prostitution system would reduce discontentment and boost the morale of Japanese soldiers while preventing venereal diseases and rape.

Due to this cruel sexual abuse, most of the “comfort women” did not survive the war.

To end their misery, some committed suicide while those who survived their horrific ordeals were deeply damaged emotionally.

After the Japanese surrender in 1945, these evil acts of abducting and abusing the women were widely condemned especially so in 2007, when the Japanese Supreme Court ruled that the comfort women were not entitled to compensation.

When I watched Garden of Evening Mists, I was reminded of the horrors of war, the resistance movement and the Art Journey of Pekan Nenas that showcased products from a Sketch Walk through the Pekan Nenas new village, last August.

Fondly known as Kampung Cina Pekan Nanas, this new village has some 70 years of history, with many homes still occupied by third generation families.

The artwork from this project captured vivid on-location scenes which reminded me that new villages were in fact, a counter insurgency technique employed by the British in the mid-1950s during the Malayan Emergency.

With the rise of nationalism, the CPM announced in February 1948, its mission to overthrow the British colonial government through force.

In response to the growing threat of communist insurgency, the British implemented the Malayan Emergency Rule and the Chinese, who were treated with suspicion, were relocated into new villages throughout Malaya.

The new village layout resembled a prefabricated neighbourhood with wooden shacks and a simple public hall that was used as a school and community hall.

The population, mainly Chinese, were moved into guarded camps to isolate them and prevent the army insurgents led by the CPM, from receiving their supply of food, material, information and in getting new recruits.

While it was a heavy-handed measure, the British considered it necessary because Chinese who lived at the forests’ edge or hillsides, were the first links to the communists who were operating within the forests.

On my visit to the Malaysian Chinese Museum, I experienced entering a model of a “new village” that was designed with barbed wire fences to separate villagers from the outside world.

The villagers lived like prisoners in a concentration camp because the entry and exit points were closely guarded by British authorities and the village was kept under round-the-clock surveillance by security patrols.

This pioneer generation, who survived the darkest days, deserves our utmost respect because they persevered with courage and resilience to carve out a livelihood and contributed to the development of a stronger multi-racial community.

These recollections aim to remind us of a sad era, our journey to recovery and reconciliation, and how we have emerged as a thriving global economy. 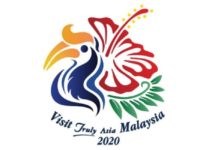 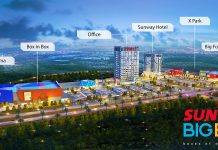 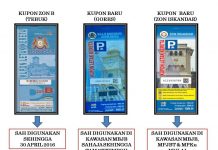