Since June 2017, table-tennis legends, champions and rising stars were in Iskandar Puteri over a six-month period for the Asia Pacific Table-Tennis League (T2APAC) that culminated in a nail-biting, final showdown on 10th December 2017.

In its inaugural season on the professional table-tennis calendar, T2APAC saw world-class players battling for an unprecedented prize purse of more than USD 1.5 million.

While I was aware of this event earlier on, my own schedule did not permit me to be part of the excitement.

So when I was invited to the finals, I did not hesitate to accept as it would be a unique experience to witness world-class table-tennis while it was being filmed and televised live to a worldwide audience.

I met with T2APAC, Chief Executive Officer, Jeff Chue, who shared his thoughts on why the organiser chose Johor’s Pinewood Iskandar Malaysia Studios as their venue for the inaugural and Season Two games.

Chue explained how they initially considered a venue option in Hong Kong’s popular TVB studios but as Pinewood Studios UK is world-renowned for filming blockbuster franchise productions like Star Wars and James Bond since 1936, it was easy to decide on choosing Pinewood Iskandar Malaysia Studios.

He said that T2APAC was the brainchild of Frank Ji, a Shanghainese table-tennis enthusiast and serial entrepreneur.

When I found my way into Film Stage Two (FS2) in Pinewood Iskandar Malaysia Studios, I saw how this production facility studio was transformed into the T2 Cavern.

The design of T2 Cavern was inspired by The Cavern Club in Liverpool, England, an iconic stomping ground for up and coming artists which sparked a revolution in music and creativity.

I was greeted by the beat of throbbing music while an enthusiastic audience, being warmed up by a cheerleader, was clapping their cheering balloons and practicing a series of cheering waves!

T2APAC had certainly set a benchmark in sports with an aim to deliver to fans, the next generation of multi-media sport-ainment.

My eyes were riveted to a giant central screen on the wall and I also saw smaller screens situated at various points within the studio that gave the audience a clear, High-Definition view of the live action happening in the competition.

The controlled studio size and limited seating created a sense of intimacy between the fans and players in an immersive, in-venue experience that allowed the studio audience to get up-close with some of the biggest names in this sport and live table-tennis action.

The inaugural season featured 24 of the world’s top players, split into teams comprising three men and three women, to play singles matches over seven rounds a season, timed to fit into breaks in the International Table Tennis Federation calendar.

Instead of the best-of-five or first-to-seven matches, T2APAC players had to rack up as many game wins as possible in a fixed period of 24 minutes. The first player to reach 11 points wins the game.

Unlike the traditional format, there was no deuce when the score reached 10-10 and a player could win at 11-10. If time expires during a game, the player in the lead wins the game.

And if an earlier game was completed in the last two minutes of a match, the referee could call for a Kill Zone game where the first player to score five points would clinch the Kill Zone game.

The games were not only fast but absolutely thrilling to watch.

Women’s World No. 5 Cheng I-Cheng from Chinese Taipei and legendary defensive player from South Korea, Joo Sae Hyuk, who was ranked 5th in the world at his peak, were also here.

Bernadette Szocs from Romania clinched the Women’s champion title while women’s World’s No. 3, Feng Tianwei from Singapore was second with Liu Fei of China in third place.

The T2APAC event also presented a huge potential for sports tourism in Johor.

Some players were introduced to the flavours of local favourites like Kacang Pool and Air Batu Campur and even tried their hand at batik painting and playing local games during a visit to Kilang Bateri.
Other players visited a durian farm for a taste of the King of Fruits and also saw how an oyster farm was run before enjoying a sumptuous seafood meal at Teluk Sengat.

Not only were members of the Japanese expatriate community here turning up by the hundreds to cheer Jun Mizutani on since October, but fans of this 2016 Rio Olympics Bronze medalist, flew in from Japan just to watch him play!

I also had the privilege to join T2APAC members on a visit to Care Haven, a children’s home in Taman Bukit Rinting, Masai, to share Christmas cheer with the young residents. It was heartwarming to see how T2APAC contributed generously to the community.

Besides individual gifts, food products and fried chicken lunch treat, they also presented the home with a TIBHAR table-tennis table complete with the game’s equipment!

While T2APAC was successfully televised and streamed live from a studio soundstage in its inaugural season at Iskandar Puteri, the time is ripe for the various agencies here to work in partnership, to draw more sports fans and tourists here for Season Two and beyond. 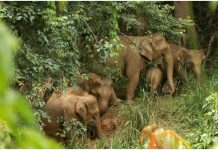 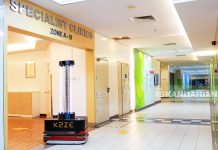 Feast on Delights from the Sea and the Grill at Renaissance... 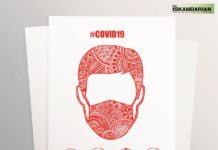 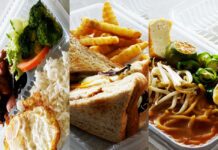 RM48mil to Set Up Porsche Centre in Iskandar Malaysia