Jalan Tan Hiok Nee at the heart of Johor Bahru is greeting the year 2020 with the opening of Museum of 24 Festive Drums. Tan Chai Puan who co-founded the art with the late Tan Hooi Soon presented the new and completed museum that was in progress since its launch in July 2019.

“31 years ago, 24 Festive Drums had a very humble beginning. At that time, nobody would’ve imagined that this new form of performing arts would become an international phenomenal. Not only in Malaysia, Singapore, Taiwan and China but also in western countries like Canada, Australia, UK and USA,” said Tan in his speech. He believes performing arts would help put Johor prominently in the world map for its cultural endeavour while hoping to host a drums’ festival taking after Kuching, Sarawak’s Rainforest World Music Festival as their reference and benchmark.

As the hometown to 24 Festive Drums, Johor Bahru is setting the stage to host a national competition where all the 14 states in Malaysia will be divided into five preliminary competition areas. Only the first runner-up from each area would qualify to participate in the final national showdown competition in Johor Bahru.

Liow Cai Tung, Johor’s Exco for Tourism and Women, Family and Community Development officiated the museum’s opening. Also in attendance were the Johor Bahru Tionghua Association, leaders of the five Chinese clans in town and prominent contributors to the performance arts.

The museum is located at the second and third level of Kuchicha Store, a trendy cafe that opens from 8.30am to 5pm daily. The second level houses artifacts, relics, trophies and an in-depth explanation on the 24 Festival’s terms, and the third level is a large area where visitors could have hands on experience beating the drums.

The Chicken Rice Shop Powered the Frontliners through Pandemic Time 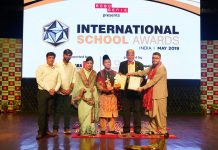 Johor Second Link to be Upgraded