When I was in Pekan Nenas, Johor recently for an exhibition to showcase The Art Journey of Pekan Nenas, I met with local art activist, Cha Ming Cheng of Batu 27 Creative, who told me about how the local community celebrates the Mid-Autumn Festival here.

To most traditional Chinese, the Mid-Autumn Festival is just as important as the Spring Festival that welcomes the Lunar New Year and is celebrated with a family reunion that includes a banquet dinner followed by playing lanterns, eating mooncakes and pomelo in the garden, while admiring the full moon.

This tradition has been observed through generations and in recent years, events have also been organised to celebrate together as a community.

In towns like Muar, Batu Pahat, Kukup and Pekan Nenas where there is a large Chinese community, the Mid-Autumn Festival is part of their annual community event calendar.

Cha told me that Pekan Nenas has a unique way to celebrate this season because the stronger winds around this time of year, encourages locals to fly their kites.

In fact, it’s probably the only town which combines the art of kite-flying with lanterns by stringing 40 to 50 paper lanterns together to fly them up with their kites.

He fondly recalls that during his childhood, he would watch the strings of lanterns floating in the sky and had fun counting the number of lanterns.

In those days, candles were used to light the lanterns so these might be blown out, but he admitted that it was more fascinating to watch if a lantern caught fire!

It was certainly a skill to maneuver a giant kite and keep it flying but to also lift the strings of lighted lanterns and keep them flying high must be an added challenge.

The little that Cha shared with me ignited much interest in this Johor town which is doing its part to keep traditions alive while building stronger bonds in the community.

Closer to the date, Cha sent me an invitation complete with a map to help me find my way to the event venue in a school situated within the village.

It was easy to reach the compound of SJK (C) Yu Ming 1 & 2 in Pekan Nenas which is adjacent to an open field, linked to a basketball court and children’s playground.

It was a picture of a charming village green with young people playing while the road bordering the school was cordoned off for food stalls run by both Malay and Chinese vendors.

In the school compound, secondary school students were in-charge of operating a section selling food and beverage and running games stalls in another section.

The carnival atmosphere prevailed along rows of stalls for local products and handicrafts, including fresh pineapples and pineapple products by Nectar, a homestay operator that offers village tours and pottery classes, and I even met a Malay couple, M & Z, who creates products made from threads derived from pineapple leaves.

Cha and his family had a stall to promote a range of handicrafts made from wood salvaged from wooden pallets, designed as coasters, fridge magnets and keychains as well as small trinket boxes, skillfully embossed with a range of window grille motifs.

He told me that the interesting range of metal window grille designs in new village homes was the inspiration for this series of designs and his latest product is a square wooden lantern with window grille design cut-outs on four sides for rays to shine from a tea-light candle burning within.

Then Cha took me to a stage, set up for performances and the show kicked off with an aerobic exercise routine by primary school students, aimed to encourage a healthier lifestyle in the community.

I observed that while this group comprised mainly of Chinese, there were also Malay and Indian children, and Cha commented that it was common for non-Chinese to study in Chinese schools here.

Then Cha introduced me to traditional kite-maker, Chow Hon Pin, 70, renowned not only for making kites but also for skills in flying strings of lighted lanterns with a giant kite.

Cha shared with me that when he was approached, Chow was initially reluctant to participate with them in this event.

“I’m too old,” was the excuse from older kite-flying enthusiasts in Pekan Nenas.

Unwilling to give up, Cha persisted and finally convinced Chow to showcase his skills in flying a kite linked to lanterns, to a new generation of people.

With 30 years of kite-flying experience, Chow gave it up in 2009 due to his advancing age and changes in weather patterns.

Last week, when Chow and his team did a trial-run to fly his giant kite linked to a string of lighted lanterns, Cha captured the performance in photographs and videos.

Posted on social media, it reached more than 70,000 people, many of whom responded with keen interest to come to witness its revival here.

At twilight, throngs of people gathered around the field where Chow and his team sent three of his giant kites skywards and successfully kept a string of lanterns alight – using LED lights – and flying above the event area.

Then candles were lit in paper lanterns for children to take a walk around the village holding the lanterns, just as it was traditionally enjoyed in past generations.

Proudly led by the school’s brass band, villagers and visitors – I spied a few foreigners – and MPKK representatives joined the crowd to experience a traditional night walk through the village, holding lighted lanterns hung from bamboo sticks.

Cha is confident that the revival of this sport unique to Pekan Nenas has gained interest among a new generation and is set to become a major attraction in future Mid-Autumn Festivals to build a greater sense of pride in the local community. 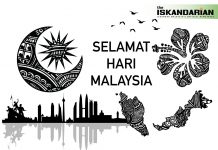 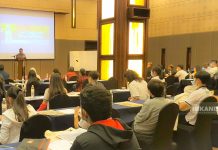 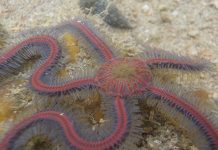 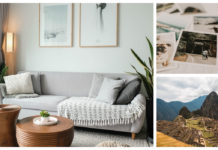