1. Describe what it was like growing up at home and we’d love to know more about your father’s career as a jet fighter pilot in his early days.

I am the (3rd) third among 7 siblings of 5 girls and 2 boys. Growing up with all of them and my father is memorable and adventurous. He was a pilot, an active diver, and a racer. Although he was always travelling (for work), he made sure he made time for us.

My father knew he wanted to be a pilot since he was 10 years old, because of his passion for airplanes. He built makeshift airplanes with sticks and waited for the planes to fly off nearby his house during his childhood. He then went to the Royal Military College School and later at the age of 18 took his flying courses in England and also instructor lessons in Australia thereafter.

He served with the Royal Malaysian Airforce (TUDM) as a jet fighter pilot in the early 70s to late 70s. We weren’t born that time, but growing up he would tell us stories of his adventures through old pictures. And every time we watched Top Gun, he will proudly say that Maverick’s character played by Tom Cruise in Top Gun is him and we would roll our eyes every single time!

As a jet fighter pilot, he shared he was trained to engage not only on ground combats but on air-to-air combats and air-to ground as well. One needed not only good physical fitness, but strong mental drive as well. All of these lead to some Operations to assist the Malaysian Army and one of them was the ‘76’s Operasi Gubir.

2. We salute our war veterans, and jet fighters are known to have huge mental strength to go about their tasks. How do jet fighters such as your father prepare themselves mentally before flying into one of the warring jets?

3. Do you have any stories of your father’s courageous act during his heydays and how he had made the family proud being in the air force?

He was one of the jet fighter pilots who was called for duty during the 76’s Operasi Gubir in Kedah to support and assist the Malaysian Army on the attack by the Communist. The Malaysian army discovered the communist’s camp and after the helicopter Nuri was shot down, they received an order to make their way from Butterworth to assist and attack when given orders.

Reference to the story:

4. Can you tell us more about the history of your father’s diagnosis and how the family has been coping?

As far as I can remember, it was sometime in 2014-15 when my mother noticed changes in his behaviour and his usual habits. A few incidents that we think triggered his memories being affected i.e loss of his briefcase and his diary and how he became “lost” for a while worrying about it especially when he depends on his diary for all work and personal matters.

After a few other incidents, it didn’t really occur to us that this would be a mental health matter, but we did take the next steps to bring my father to the hospital (PPUM) for a checkup. And the diagnosis was that he had a minor stroke targeted only at his short-term-memory area. This has caused an infarction – an obstruction of the blood supply to his brain, causing local death of the tissue mainly at his short-term memory,  and this has been going on bit by bit for 5-7 years prior. We were advised with prescription and to come every 6 months for health and memory checkup.

Initially, accepting his condition was difficult as we were focusing on the WHY and WHEN, but we understood better through time and after learning about the family history of high blood pressure and high cholesterol. We tried our best to focus more on the solutions but at the same time dealing with his behavioural changes took some time for some of us to adjust, especially my youngest brother, sister and mother who are always at home with him.

5. What has not changed and remains as a daily activity for your father, and how has he been coping?

Honestly, it’s his positive-ness. My father is the most positive and optimistic person, and he can be too optimistic at times, sometimes to a fault. Therefore, everything that happened while he was going through the decline of his memory, he will always say things are and will be ok, but we believe it was him being in denial and his mind trying to make sense out of this situation.

He looks forward to the activities with Homage/Firdaus, his sessions at another dementia centre and also his time with his grandchildren, our weekly visits, cats and sports on TV.

6. Can you tell us how you found a suitable care service for your father? How did you hear about Homage?

We took extra efforts to find out more on his condition and what else we can do to help his cognitive skills to make sure he works on his muscle memory which lead us to discover a centre for dementia patients that has various activities to help improve both his physical and mental wellbeing which was when we discovered Homage and contacted them to find out more.

7. How often do you engage Homage in a week? What kind of service do you subscribe to?

We engaged with Homage twice a week and we make sure the caretaker accompanies him but also work on a plan to help with his cognitive skills such as playing board games, drawing, going for morning walks and etc.

8. Were there any significant changes you noticed or experienced in the care provided for your father since engaging with Homage?

Yes, he always looks forward to the sessions with the Care Pro and would tell us some of the stories and activities he has shared and done with the Care Pro. He listens to the Care Pro more than us (taking his medicines and wearing face masks). I guess having an outsider to be part of our day to day helps.

9. What is your opinion on getting help to care for our parents? How should Malaysians normalise this?

First of all, caring for parents is not just to be physically present, but to know how to take care of them. While being there physically, which most of us can do, feeding their emotions and taking care of their mental health i.e. retirement depression, loneliness, and sickness is a whole different story. We need to find the right type of help which is ultimately the children’s responsibility to help manage and also how you show that you care and love them.

10. Any message to Malaysians that you want to relay on this Merdeka month?

As I walked down the memory lane listening to my dad’s stories serving the Royal Malaysian Airforce and serving the Department of Civil Aviation for more than 20+ years, not only that I am proud to be his daughter but I am also proud to be a Malaysian. No matter what, be grateful and proud of our country! Selamat Hari Merdeka! 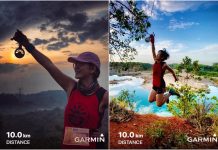 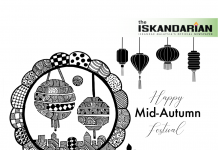 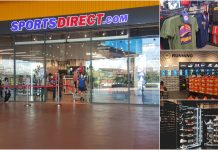 Travel Domestically and Explore Malaysia through a Brand New Lens with... 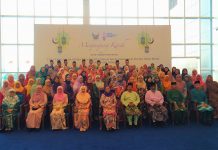 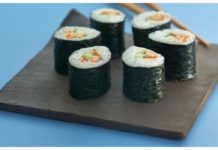 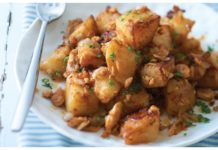 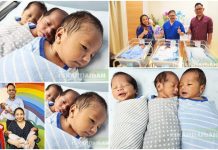