To celebrate the second year of recognition as a city, Iskandar Puteri brought back its ever popular Iskarnival – a yearly celebration with a myriad of activities. Held on the 30th of November to the 1st of December 2019 at Puteri Harbour, the festivities this year focused on sharing ideas of working, playing and living green.

Organised by UEM Sunrise, the focus of reduced environmental impact brought about art installations, a street full of artisan and green markets, rock wall climbing, outdoor flying fox and creative workshops. Entertainment offerings include a beach party, a plethora of musical and performing arts including a televised concert by Radio Televisyen Malaysia (RTM) and an abundance of food trucks and stalls. Although it was raining, the spirits of the attendees were not dampened as they showed up by the thousands to show support for the event.

Amongst the art installation which included a giant sculpture of the Oriental Pied Hornbill; synonymous with Sarawak the ‘Land of the Hornbills’, and a particularly impressive installation called “Kubah” was designed by Andi Ramdani, an Indonesian artist who studied at the Modern School of Design at the Indonesian Institute of Art in Yogyakarta. Focusing on sustainability, the piece is formed together with bamboo and intended for public use as a playground suitable for the whole family.

Not to be outdone, the Guinness World Record winning outdoor water slide “Slide the City” which spans over 1000 feet long and has toured cities worldwide such as Hong Kong, Vancouver and Cape Town was also set up at the man-made beach for all to enjoy.

Along the bazaar stretch, stalls focusing on eco-friendliness and sustainability were set up which included many local businesses and featured several interesting offerings such as a bartering only platform, up-cycled fashion from Bev-C, Fresh local produce from JoGreen, products from Seremban Orchid, Organic cloth menstrual pads and many more.

For the educational side, workshops for homemade dishwashing soap and natural sugar scrubs were also organised in an effort to engage the public to take environmental conservation into our own hands to reduce microplastic usage. Free copies of the Iskarnival Eko Magazine were also distributed for participants to learn more about how communities are stepping up to better our environment.

Iskarnival Eko 2019 could be seen as a resounding success as throughout the day, attendees were keen on watching the cast of international and local performing arts artists such as Drum Funk, Nyoba Kan & Souls Impact Percussion and At Adau. Even more people arrived in droves to watch one of the highlight events – the RTM Big Gig Concert which featured artistes such as Datuk Ramli Sarip, K-Clique, Ella, Datuk Zainal Abidin and many more.

The two day event ended with musical fireworks and increasing anticipation of more to come in the years ahead. 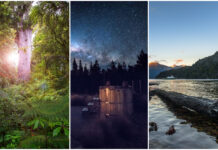 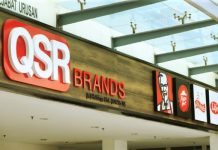 JCorp Takes a Bigger Piece of the Pie 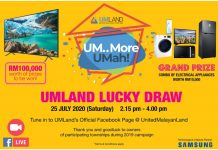