Join in the fun, games and exciting activities to celebrate the Mid-Autumn Festival also known as the Mooncake Festival locally by the lake in Bandar Seri Alam this Saturday, the 22nd of September 2018.

Visitors can expect lots of programmes such as mooncake and lantern-making workshops, outdoor picnic, cultural performances, live band shows and a photography contest.
Held at the lakeside in Jalan Lembah, Bandar Seri Alam, also known as Tasik, the event would kick off at 2pm until 11pm on 22nd September.
Johor Women Development and Tourism Executive Committee chairman Liow Cai Tung, who is also Johor Jaya assemblyman, said that this was the first time that the celebration is organised on a larger scale so she wanted to have exciting activities lined up for the public to enjoy.

One of the highlights of the event would be Johor’s very own Yahya Awal Dragon Dance Troupe who would be showcasing their award-winning skills to wow the crowd.
“The troupe had won numerous awards in Malaysia and internationally. They have recently just won the Malaysia World Dragon Dance Championship that took place in Kuala Lumpur in June this year,” she said in a press statement here.
Liow added that the Mid-Autumn Festival is one of the more significant annual Chinese traditional celebrations observed by the Chinese community.

“It is an occasion to be spent with family and closed ones, reminding us to be united and celebrate togetherness. Everyone is welcome to join in the fun as we have activities available for all ages.

“We will present a Chinese opera telling the legend of Chang Er, also known as the lady of the moon, so youths and our friends from other communities can take the opportunity to learn more about our beautiful culture,” she added.
She said another highlight of the event is the eight giant illuminated installations such as rabbits and moon, themed around the Mid-Autumn Festival. The giant installations would be placed at the lake starting from 21st Sept to 30th September 2018 for the public to enjoy and take photos.

Solve Your #EhWhatToEat Dilemma with Klook 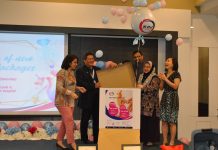 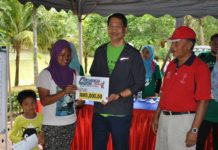