In a bid to save the environment and marine life, concerned Iskandar Investment Berhad (IIB) citizens tackled the rubbish that were left around Pulau Pemanggil in Mersing, Johor as a part of its Corporate Social Responsibility (CSR) programme called ‘Saving Paradise: International Coastal Cleanup’.

Around 55 volunteers participated in the beach clean-up made up of IIB’s partners and employees. They collected recyclable rubbish, weighed it and transported to Mersing town for recycling purposes. Volunteers also took a dive into the beach to ensure the cleaning conducted was thorough. IIB’s Chief Operating Officer, Datuk Akmal Ahmad, led the team of divers that collected ‘ghost hunt’ or abandoned, thrown away fishing nets made of plastics that has extremely high potential to endanger the lives and ecosystem of marine creatures around the island. They were mostly found caught at coral reefs, amounting to 90kg out of the total 573kg of rubbish that were collected from all three days!

The team also cast a net over the ocean to pick up all kinds of rubbish that might endanger the marine life around the island and some non-recyclable wastes were sent for proper disposition. 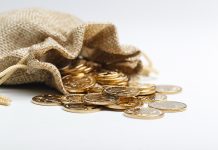 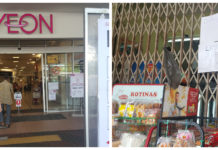