From beautiful architectures to picturesque mountains and delicious cuisine, Georgia is the place to be

After our pit stop at Ananuri Monastery, we finally reached Gudauri ski resort, located on the south-facing plateau of The Greater Caucasus Mountain Range in Georgia. It’s a popular skiing spot with December being its peak season. There is something for everyone to do regardless of age, and whether you like to ski or not. If you haven’t got any ski gear or boots on, you may rent at the resort at extremely reasonable prices.
After having a fun day out at the ski resort, it was time to head back to Tbilisi for a good night’s sleep.

The following day, we decided to D-I-Y and explore popular attractions. From our hotel, we walked to one of the largest church in the world – The Holy Trinity Cathedral or locally known as the Sameba Cathedral. Definitely worth a visit due to its beautiful architecture and vast landscaped area.

Thereafter, we passed by the Presidential Palace before walking across the Peace Bridge and Rike Park for a cable car ride (1 GEL p.p) to Narikala Fortress which was built in the 4th century.

Take the cable car overlooking Tbilisi town as it’s the most convenient way to go to the fort and also see the Mother of Georgia statue (Kartlis Deda). If you’re a bit adventurous, climb down the steep fortress and head to the Botanical Gardens underneath.

Also nearby, is the Sulphur Baths at Abanotubani area which is in the middle of the old town neighbourhood. It’s a fascinating sight to see the brick domes and the water here which springs from the ground at about 40 degrees is full of natural therapeutic minerals!

After that, dine at the local restaurants dotted along Kote Afkhasi Street and try tasty treats such as the boat shaped ‘Kachapuri Adjari’ (cheese filled bread with egg) or ‘Shkmeruli’ (sizzling chicken in garlic). On the way back, stop by Baratashvili Bridge (Bridge of Love) to take pictures with the bronze figures for the perfect Instagram moment!

In the evening we went back to Rustaveli area by the metro to buy some souvenirs, ‘Churchkella’ (colourful walnuts candies) and the unforgettable ‘Kachapuri’ (cheese pastry) followed by ‘Mtsvadi’ (meat / chicken skewers) opposite the hotel.

The next day, we ventured to Mtskheta; one of the oldest cities in Georgia by a local bus from the busy bus station at Didube. It’s about 20 – 30 minutes ride and you know you are in Mtskheta once you see the large old cathedral in the middle of the city centre.

Mtskheta is located approximately 20 kilometres (12 miles) north of Tbilisi at the confluence of the Aragvi River.

Due to its historical significance and several cultural monuments, the “Historical Monuments of Mtskheta” became a UNESCO World Heritage Site in 1994. As the birthplace and one of the most vibrant centres of Christianity in Georgia, Mtskheta was declared as the “Holy City” by the Georgian Orthodox Church in 2014.

Do visit Svetitskhoveli Cathedral (built in 11th century) and Jvari Monastery (6th century) as you will get a medieval feel at this place. We then headed back to Tbilisi by the minibus, and it was time to say goodbye to Georgia.
Expand your horizons and start venturing to places you’ve never been to or been eyeing and start making plans and get those bags packing! 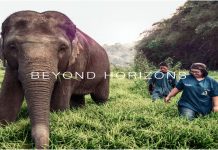 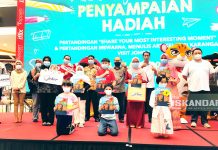 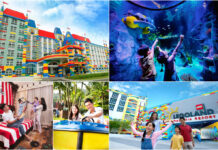 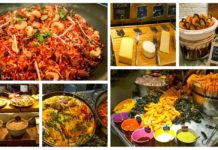 When the East Meets West at Renaissance 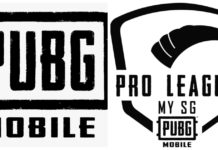 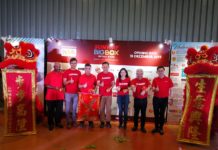 Agoda Shares How to Explore the World While You #StayHome –...