It was a fitting recognition for excellent service at the Iskandar Regional Development Authority (IRDA) when the Lead of Corporate Services and Head of Legal and Secretarial, Balbeer Singh Jessy, was recently awarded the Bintang Kesatria Mangku Negara (K.M.N).

He was among 46 individuals who were conferred the K.M.N in conjunction with Yang di-Pertuan Agong Al-Sultan Abdullah Ri’ayatuddin Al-Mustafa Billah Shah’s official birthday.

The King graced the investiture ceremony at Istana Melawati in Putrajaya, where several others too received federal awards and honours.

Balbeer joined IRDA in 2007 in the Strategic Communications Department and was instrumental and core member of the team. He then moved on to head the legal department in 2011 and was responsible for many policy initiatives.

Among his other notable achievements in IRDA include drafting the IRDA Code of Ethics, Personal Data Protection Policy, Whistle Blowing Policy and initiating the ongoing the Anti-Bribery Management System (ABMS) for the Authority as well as trademarking the Iskandar Malaysia brand.

He has also been a judge and presenter on several occasions at the Malaysia ALB Law Awards and led IRDA’s Legal Division to win the Malaysian “Intellectual Property In-House Team of the Year in 2014.

As an Accredited Chief Integrity Officer (ACeiO) with the Malaysian Anti-Corruption Agency (MACC), Balbeer is a strong advocate of the Government’s thrust against corruption as envisaged in the National Anti-Corruption Plan (NACP) 2019-2023. He also was instrumental in the Authority signing the Corporate Integrity Pledge (CIP).

His role as the Chief Integrity Officer of the Authority ensured sound compliance and a strong integrity values to ensure best practices in all levels of the workplace in the Authority.

In June 2019, Balbeer was designated as IRDA Lead of Corporate Services where he oversaw five departments under him, namely the Legal and Compliance, Secretarial, Procurement, Administration and ICT.

His other achievements are recognition as a Fellow of the Asian Institute of Alternative Dispute Resolution (AIDR) and Auditor of the Sports Law Association of Malaysia (SLAM).

Balbeer holds a Master of Business Administration (MBA) from the University of New England, Australia, an LLB (Hons) from University of London, Certificate in Legal Practice and a Bachelor of Arts (BA Hons) in Mass Communication from Universiti Sains Malaysia. 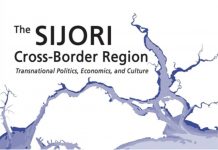 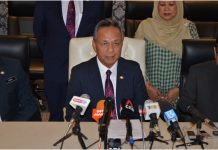 Drive Thru Dine In Anyone? First of its Kind Only at...