Have a Clear Mind when the Market is Unclear

The stock market is full of drama! While we started feeling positive sentiments in August, fear had set in the following month.

The main reason is the currency collapse of a few emerging markets, such as Indonesia, where the Rupiah fell to almost 15,000 per US dollar, the lowest since the 1998 crisis and the Turkish Lira fell nearly 70% against the USD. Moreover, in September, Nomura Holdings released an analysis, indicating seven emerging economies are at risk of an exchange-rate crisis, including Sri Lanka, South Africa, Argentina, Pakistan, Egypt, Turkey and Ukraine. To make things worse, China told World Trade Organisation (WTO) that it wanted to impose $7 billion a year in sanctions on the United States in retaliation for its non-compliance with a ruling in a dispute over US dumping duties, signifying an escalation of trade tensions between the two giants.

In Malaysia, the recently concluded 2Q earnings were below expectations. The KLCI Composite Index had plunged below the critical 1800 points after the earnings season ended. According to MIDF, international funds dumped RM663.4m net of Malaysian equities in the first week of September, the highest in 9 weeks. On 12th September, the market was very bearish as losers outweighed the winners by more than five times.

With the sudden change of market sentiment, what should we do? Before sharing further, let’s look at our portfolio performance:

As we can see, our portfolio has showed a gain of 221% since November 2015. However, it was a decrease compared to 245% a month ago. Are there any opportunities in the market? Thankfully, yes.

Perak Transit (Ptrans) is principally involved in the operations of Terminal Amanjaya integrated public transportation terminal and the provision of public bus services. Its revenue mainly comes from bus, petrol and terminal operation, such as rental of shops, kiosks and advertising space. There are five highlights of PTRANS:

• Its revenue and profits have been growing consistently in the last five years. On quarter basis, its net profit has been able to sustain between RM6 – 8 million.
• It has strong recurring income. Its business activities, such as shop rental, bus and petrol services serve daily necessity to the public and is able to generate consistent earnings. This becomes very attractive in times of uncertainty like now.
• Its net profit margin between 25-30% is another competitive advantage.
• It is currently the leading stage bus operator in Ipoh, commanding nearly 98% market share of stage bus ridership. This gives the company a monopoly position.
• Its main catalyst is the Kampar Integrated Bus Terminal, which is eight times the size of Amanjaya, and slated for completion in end 2018 and expected to bring in significant earnings in 2019.
• We therefore acquired 100,000 shares of PTRANS at RM0.27, using RM27,000 cash.

Dividend Received and Cash Level
We received dividends of 0.5 cents, 1.2 cents and 1 cent from JHM, Hevea and Comfort respectively. The total dividend received is RM3440. With the cash brought forward and the dividends received, our new cash level is at RM30,965 after deducting the PTRANS investment.

What is important in times of volatility?
You need to have a clear mind when the market runs like a roller coaster.
When you buy a counter, be very clear if that is for investing or trading. It operates very differently. For investments, you want to buy for value and prepare to hold. Hence, the ideal scenario is that, the lower the price the better. It is like buying a house, it tends to be more attractive when the price goes lower. And ideally, you can collect rent from the house; for stocks, you can collect dividend.
For trading, it works the opposite. When the price increases, you might want to join the uptrend. However, when the price goes down and exceeds your risk appetite, you may need to cut loss, as price could go lower and you don’t want to hold the company.

Conclusion
Always remember; be clear whether you buy to trade or invest, as it works the opposite. If you buy to trade, make sure you have a trading plan and act accordingly. If you buy to invest, so long as the company’s fundamentals remain sound, the lower the price, the better it is. The question is, are you a trader, or an investor?
Binyuen is the founder of BY Enrich Resources and the author of ‘Life beyond the Comfort Zone’ and ‘Profit from Share Investment’. His books are available in major bookstores in Malaysia, Singapore or online http://www.teybinyuen.com/profitfromshareinvestment . 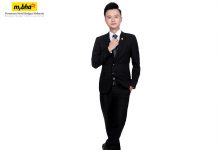 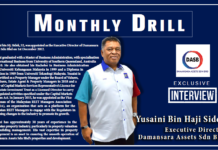 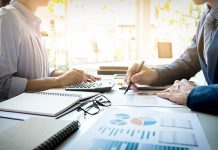 Have You Ever Been Conned by a Third Party Agent for... 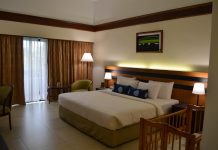