As we ushered into the Year 2018, many may have felt the market sentiment has turned positive.

The Dow Jones, S&P and Nasdaq indexes kept breaking new highs, while the European and Asian stock market indexes have showed that the bull is in control. In addition, the oil price, one of the most important elements to influence the stock market, stood above US$64 per barrel at the time of writing. To add more optimism, the World Bank has forecasted the global economy to ramp up between 3.7-3.8% in 2018, which would positively affect Malaysia’s economy growth.

As you can see the correlation, the recovering oil price has helped strengthen the Ringgit to below four against the USD. Since early January 2018, The Malaysia Composite Index KLCI has eventually ‘awakened’, breaking nearly a three-year high and stood above 1800 with daily volume of above 5 billion shares.

With such a rarely seen universal optimism domestically and globally, should our stock portfolio perform equally well? Here is our portfolio summary on 15th January 2018:

Refer to the table: We have gained 287% of returns since its inception in November 2015, which has outperformed the KLCI gain of 10.3% by a long way.

If you read our column regularly, you would know that we neither hold a company rigidly nor trade it frequently. However, we would sell the company if it does not perform or it is overvalued.

For instance, we bought 50000 shares of HSSEB (0185) in April 2017 at 0.91 per share. The company performed very well and was subsequently awarded with many contracts. However, considering its high valuation currently with PE over 30, we sold it at 1.6 after its dividend ex on 10th January 2018, giving us a handsome profit of RM35k or return of 76%.
At the same time, we have noticed that EKOVEST (8877) may offer a good trading or investing opportunity.

Ekovest is one of the leading construction companies in Malaysia, specialising in major civil engineering and building works, such as turnkey, design and build projects. Let us see Ekovest’s highlights:

1) Outstanding contracts of 13.9 billion, which shows high earning visibility for the next 10 years.

2) Its concession business assets are worth more than its market capitalisation, which means it has attractive valuation.

3) Strong track record in executing construction projects, which implies the company is in good hands.

4) According to the group CEO, Ekovest is likely to perform better in 2018 owing to huge contracts on-hand and more projects to be completed in 2018.

5) Ekovest’s takeover of IWCITY might turn out to be favourable, as it means Ekovest will own large area of lands in prime location of Johor Bahru and it would make Ekovest’s valuation more attractive.
With the above merits, we bought 60000 shares of EKOVEST (8877) at 1.09 with RM65400 cash.

So, let us discuss the prospect for this year again. We have listed the positive notes earlier but what about the potential unfavourable events? For example, there could be a few ‘black swans’ hidden and ready to frighten investors:

1) While Bitcoin party continues, no one knows when the music will stop. One should be aware that Bitcoin’s value is not asset-based. If punters’ belief changes suddenly due to any untoward incident, it could lead to a collapse and affect the global stock market sentiment.

2) Geopolitical risks such as the North Korea and the US or the Middle East tension would add uncertainty to the stock market, more so if any existing deadlocks become uncontrollable.

3) The widely discussed 10-year anniversary financial crisis could be the most devastating event if it were to happen (touchwood). A typical crisis could have the index fall to 30-40%, which means your companies’ share price could plunge to 60% or more. Again, crisis also means opportunity, but the question is, are you prepared and able to profit from the crisis?

To sum up, I am still optimistic and hopeful that 2018 would be a good year for the global stock market. But, ‘hope’ itself is not a strategy. One should keep on learning and invest in companies with sound fundamentals and manage risks with a cautious mind. 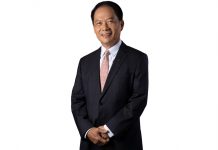 Arena Emas Lives Up to its Name 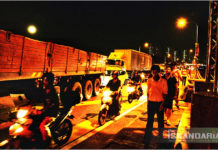 UPDATE: Malaysians Working in Singapore May Soon Be Able to Commute... 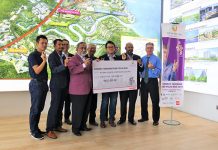 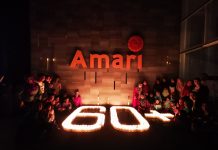